Outback Stores’ Board is comprised of non-executive directors that control and monitor the framework of the business.

Outback Stores’ Board is comprised of non-executive directors that control and monitor the framework of the business and acts to ensure it is run in line with corporate governance requirements of a Commonwealth company and Outback Stores’ goals.

The Board members bring strong experience and expertise in retail, logistics, supply chain, finance, health and understanding of Indigenous culture. They meet on a quarterly basis to discuss progress and strategy. Each director is appointed by the Minister for Indigenous Australians. 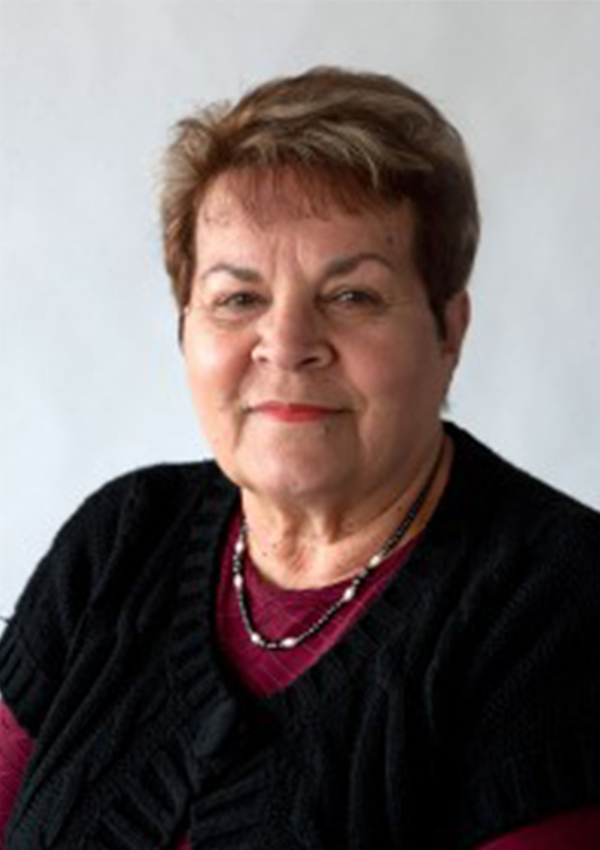 Dr Gordon is a Ngoonooru Wadjari woman from the Yamatji people. A retired magistrate who served for 20 years on the bench of the Children’s Court of Western Australia, Dr Gordon has had a long and distinguished career, with extensive senior leadership experience.
She has worked in the area of Indigenous employment, was a member of the first board of the Aboriginal and Torres Strait Islander Commission, chaired the National Indigenous Council, and led the Gordon Inquiry and the Northern Territory Emergency Response Taskforce.

She has a Bachelor of Laws Degree from the University of Western Australia (UWA), an Honorary Degree of Doctor of Letters from UWA, Order of Australia – Australia Medal, Centenary Medal, Defence Service Medal, and was named Senior Woman Lawyer of the Year 2014 by the Women’s Lawyers of WA Inc. 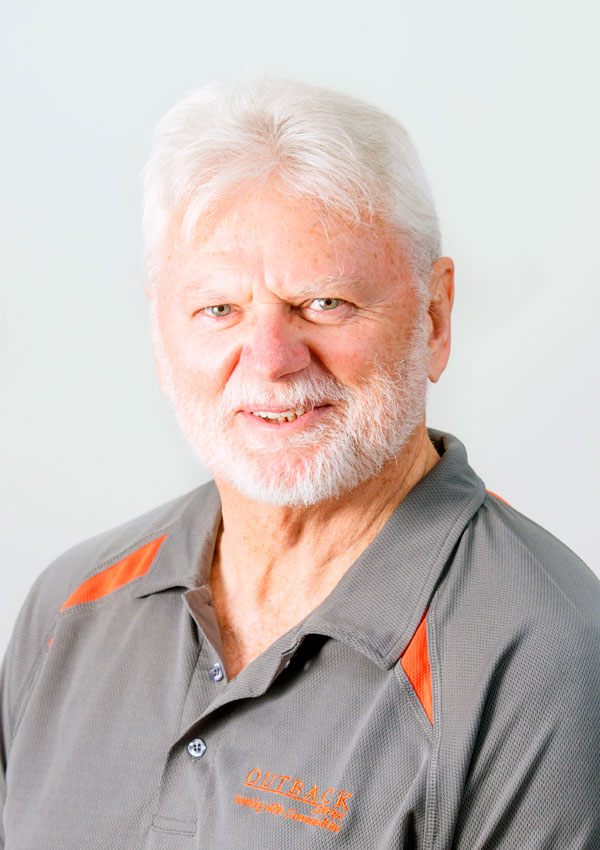 Graham has strong background in remote retail, enterprise development, consultancy, training and tourism. Mr Cook has worked with both mainstream and Indigenous enterprises. 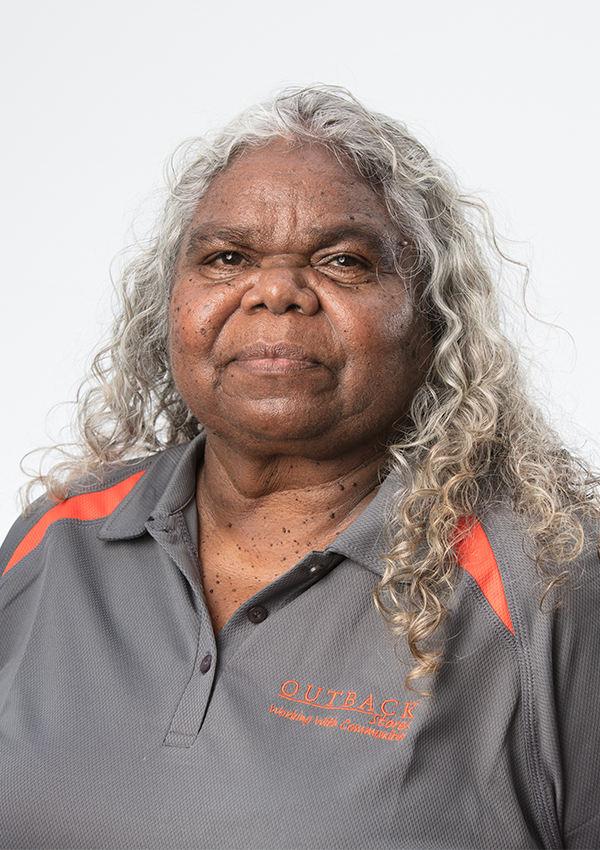 Bess was born in Yuendumu, lives in Alice Springs, her first language is Warlpiri. She also knows Luritja, Western Arrernte and Anmatyerre.

Bess attained a Bachelor of Applied Science in Aboriginal Community Management and Development from Curtin University and has worked in education and training, public administration, the media, community development, interpreting, translating and language teaching and has experience in small business management.

In 2008 the Northern Territory Labor Government appointed Bess as Chairperson of its Indigenous Affairs Advisory Council (IAAC). She resigned from her post in 2011 to stand for the Country Liberal Party in the Central Australian seat of Stuart.

In 2012 Bess was nominated for the US International Women of Courage Award.

Sophie is the partner in charge of the commercial disputes resolution team in the Darwin office of a national law firm, she is an experienced and pragmatic litigator specialising in the areas of construction, employment, and aboriginal land disputes.

Amongst many of Sophie’s career highs, she has been the lead solicitor in a number of disputes, including the construction of a tailings dam and a complex dispute over mining on Aboriginal Land. Sophie has acted both for and against the Northern Territory government in a number of matters, mainly in relation to building and construction disputes and also acted for local government in relation to employment related matters. Sophie has advised the major Northern Territory port and airport operators and the major Territory utilities provider in relation to commercial disputes. 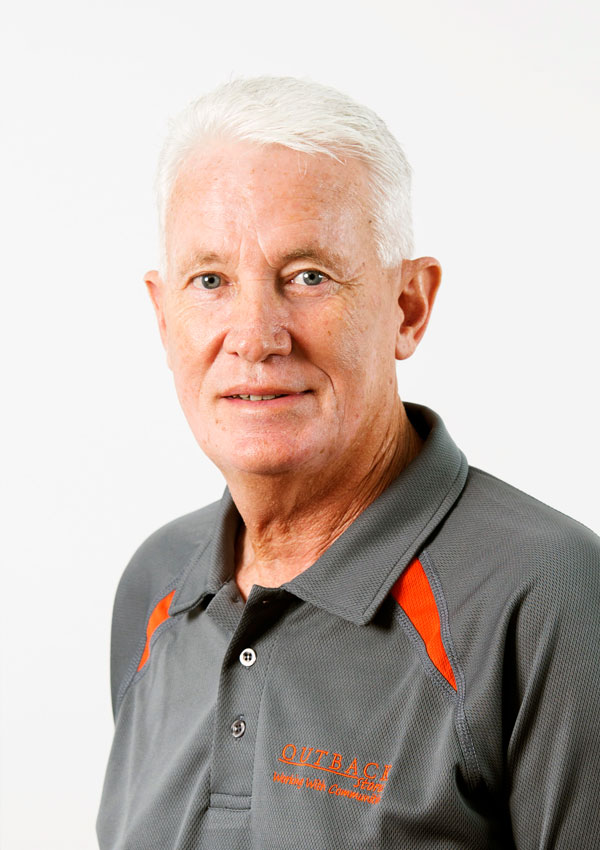 Stephen has extensive experience in retailing, having worked for Woolworths for 37 years. Stephen was part of the Woolworths Senior Management Team, and has experience in both buying and operations at senior executive level.

Stephen has held many senior executive positions, including those of Business Development Manager for International Business, General Manager of Long-Life Groceries, General Manager of Fresh Foods and Operations Manager of NSW Supermarkets. Prior to these roles, Stephen worked in the QLD Division in various operational roles.

Experience in buying and merchandising responsibilities in both Fresh Foods, Packaged Groceries and General Merchandise as well as a strong operational background provides Stephen with a unique mix of retailing skills.

Stephen has supervised supermarkets in many country locations, and understands the role that local stores play within the community and the importance of developing local talent. Stephen has also travelled extensively across Australia liaising with farmers and families facing the challenges of living in remote locations.

Stephen retired from Woolworths in 2012 and is currently consulting in the retail industry. 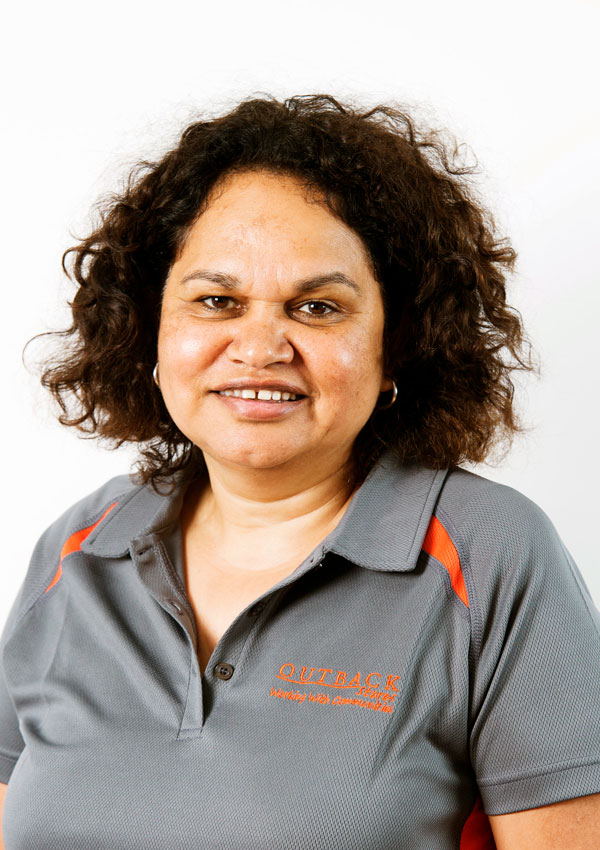 Professor Sandra Eades is a Noongar woman from Mount Barker, Western Australia. She completed her medical degree in 1990 and after working as a general practitioner began her career in health research at the Telethon Institute for Child Health Research where her focus was on the epidemiology of Indigenous child health in Australia. Professor Eades is currently Indigenous Maternal and Child Health and Associate Head, Preventative Health Research, at the Baker IDI Heart & Diabetes Institute.

She was named NSW Woman of the Year 2006 in recognition of her research contributions to Aboriginal communities. She also received a ‘Deadly Award’ (National Aboriginal and Torres Strait Islander Awards) for Outstanding Achievement in Health.

Over the past decade she has made substantial contributions to the area of Aboriginal health and has provided leadership at a national level in Aboriginal research. Both Indigenous and non-Indigenous colleagues acknowledge Professor Eades as a leader and role model in Indigenous health research. 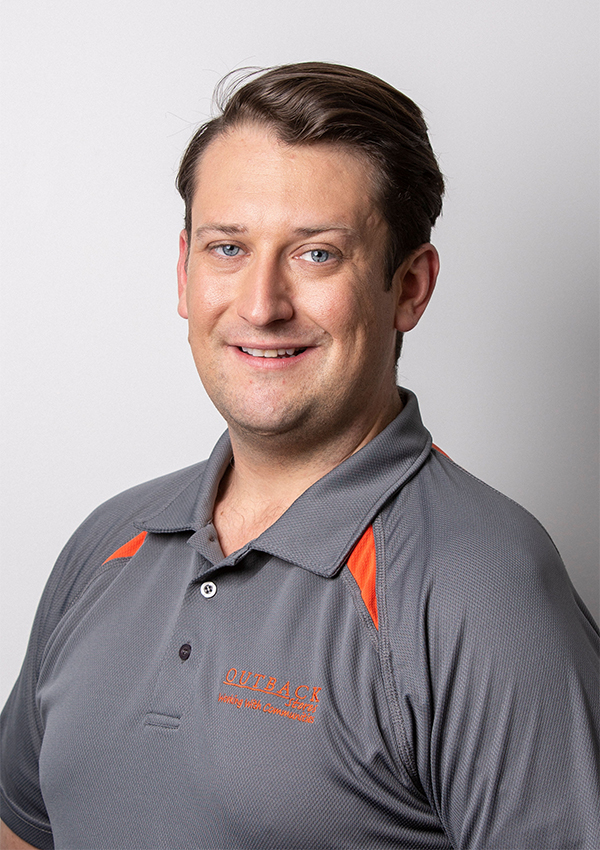 Dan is a multi-award winning multi-platform journalist. He is a broadcaster and hosts a daily breakfast radio program on ABC Radio Canberra, and anchors ABC Canberra’s 7pm news. He has reported across the country and around the world for close to 20 years.

Dan grew up in the remote Northern Territory town of Tennant Creek, where he was mentored by elders from around the region, while coming to understand his own Indigenous heritage from his mothers’s side of the family in coastal and inland parts of Victoria.

He was driven to news and reporting from an early age, and began a trainee-ship at the Tennant and District Times as a teenager still at school. Dan has worked as a newspaper reporter, video journalist, foreign correspondent, political reporter, and social commentator.

The keen runner and reader of biographies was a foundation member of the NT Parliament’s bipartisan advisory committee in to Statehood and has been a keen advocate for democratic equality and equity. He has sat on numerous boards, committees and charities, using his considerable experience in structural reform, governance, and media and communications. He is an in-demand MC, event facilitator, and expert communicator who has worked across the nation.

Dan is driven by giving voice to the voiceless, holding to account those in positions of power, and telling really great stories. Dan was thrilled to be appointed to the board of Outback Stores, and said they play a crucial role in getting fresh and quality food to Australians living in some of the most remote and harshest parts of our nation. “I look forward to working with the excellent board, and great team to continue the stellar work already happening.”

Mr Evans has over 30 years’ experience in banking and finance in Australia and the Asia-Pacific and is also a consultant and facilitator for the Australian Institute of Company Directors.

Mr Evans contributes in various governance roles in the public and private sectors. He is also a recipient of the Centenary Medal for his services to the health industry through the National Heart Foundation. 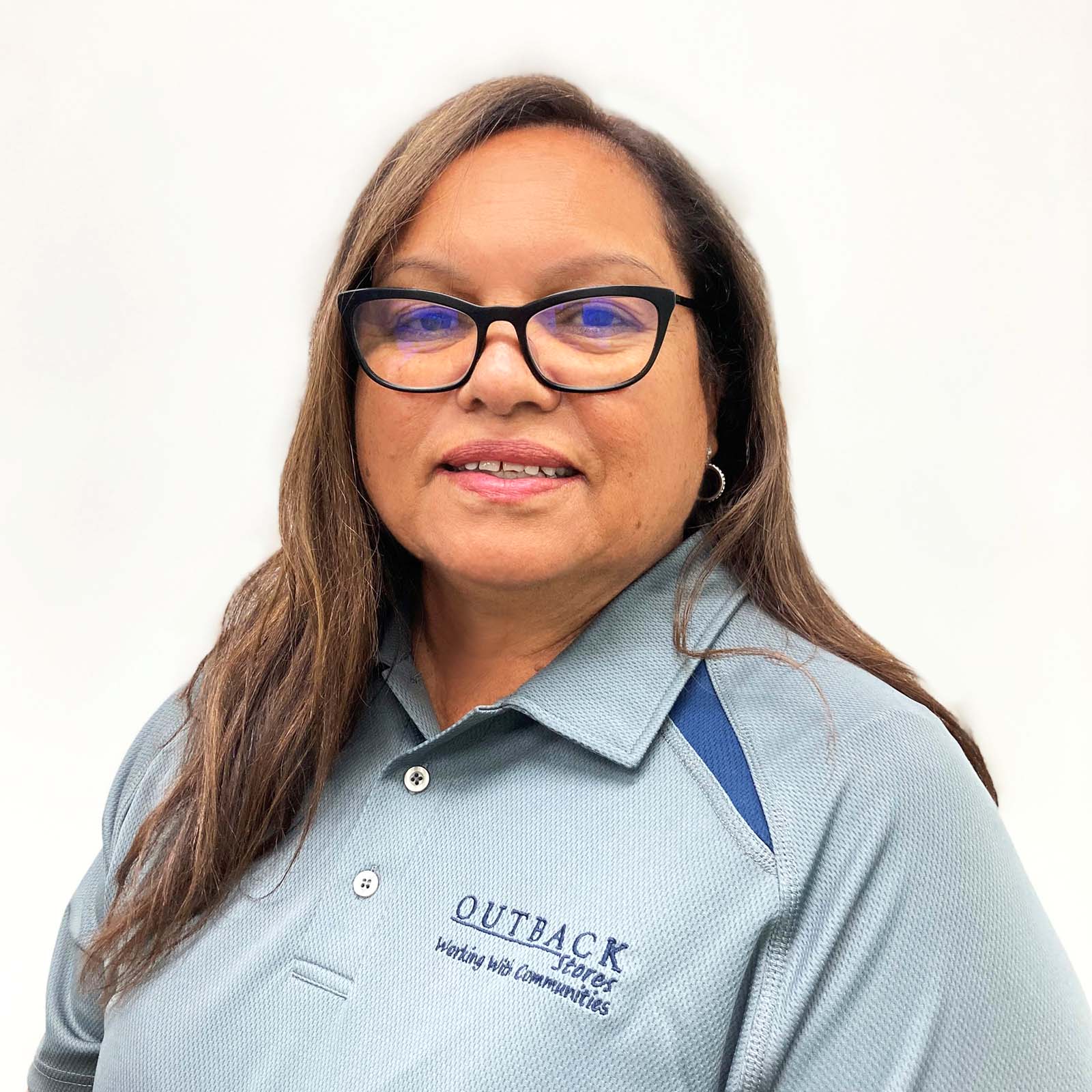 Outback Stores welcomes the new appointment of Ms Lesley Nelson to the Board of Directors.

Lesley Nelson is a proud Noongar woman from the Balladong and Whadjuk clans who she holds over 25 years’ experience in various executive leadership roles within the Aboriginal health sector, the most recent being her current role as CEO of the South West Aboriginal Medical Service.

Lesley’s bias for innovation and action is strengthened with post graduate qualifications in Business and Epidemiology. This unique skill set has seen her champion the expansion of accessible primary health services for Aboriginal communities living in the vast South West region of Western Australia.

Her drive to influence, collaborate and engage across the sector has directly contributed to greater health outcomes for Aboriginal people living in the region.